This list of pizzas in Central Arkansas isn’t meant to be a “Best of” list because taste can be subjective.  I can’t claim to have had all of the pizzas in the area. What I can do, however, is to give you a list of some of my favorite Little Rock pizzas in the area based on my purely subjective preferences.  This list is limited to pizzas, which means an open disc of dough cooked in an oven and topped with deliciousness. This is the fourth in the 2018 Favorites lists and you can check out the archive here. These are the top 3 Favorite Little Rock pizzas I am craving right now in no particular order. 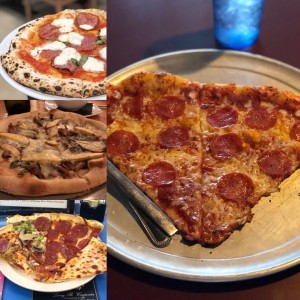 As a reminder, I am not a critic and I have friends who have or do work at many locations around town including Vinos and Sauced. 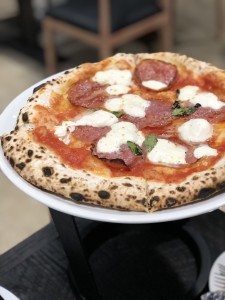 Sauce(d) is the new kid on the block, but is built on a legacy of pizza with input from people who go back to the opening of Zaza’s. The pizzas coming from Sauce(d)’s oven are close to the classic Neopolitan style, but with a bit of a thicker crust which appeals to restaurant goers here in Little Rock.  It is a fresh dough, lightly dressed with quality ingrediants, and cooked in a glorious oven. The neapolitan style pizza in a blazing hot oven I crave the most from my friends at Sauce(d) right now is the Finnochionna. The fennel heavy salumi with the fresh basil wafting to my nose will get my mouth watering immediately. 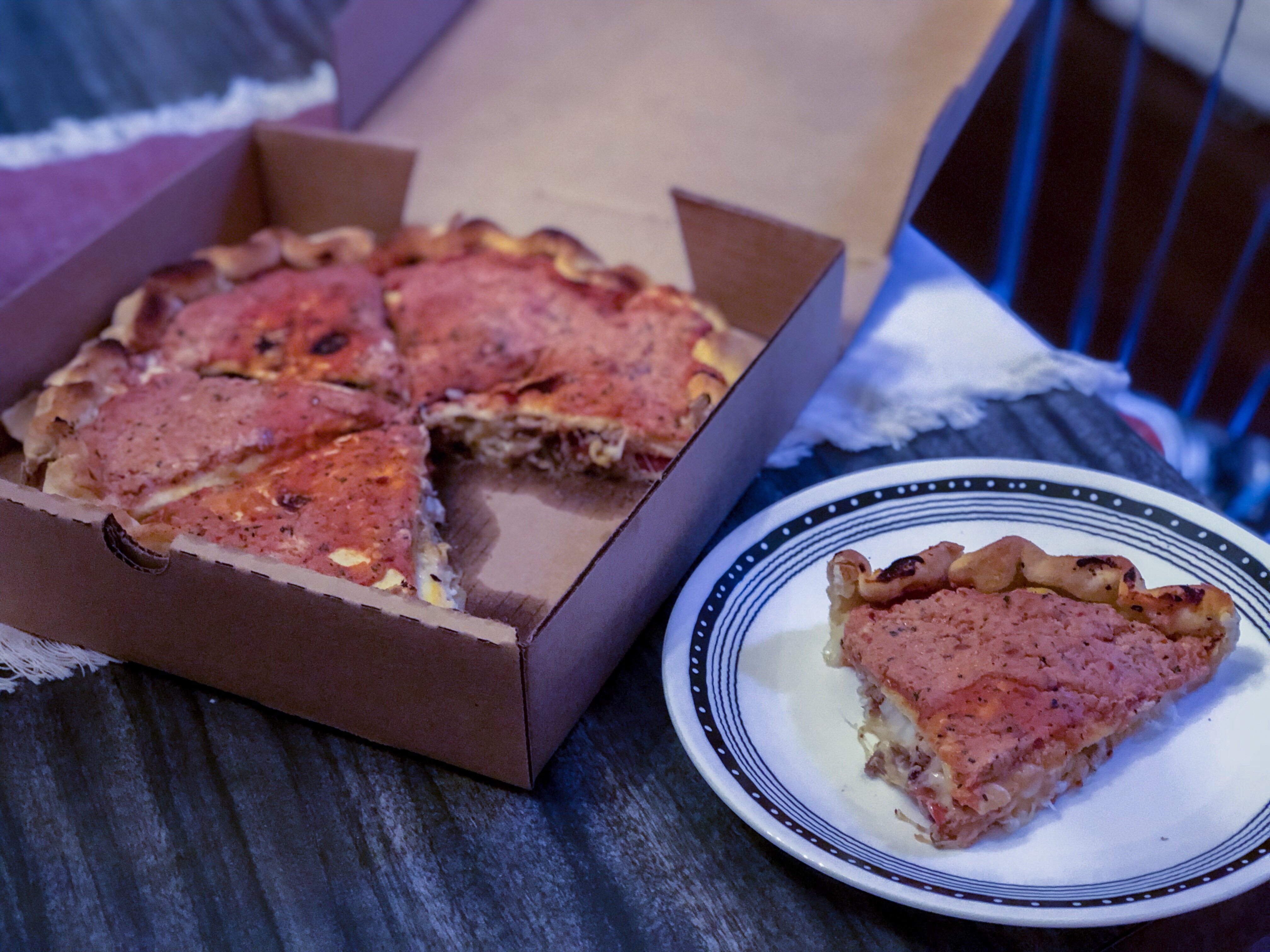 Save the debate about whether it’s a pizza for later.  The Damgoode Chicago Style Stuffed Crust pizzas are still pizza pies and I need that heaping pile of baked goodness sometimes! Damgoode has grown to 4 locations, but you can always design your own pie and my favorite one to crave is a Spicy Pink Sauce Stuffed Crust Hog Meat Lovers pizza. I’ll run down all of the different options at Damgoode at some other time, but for now know that you can get a decadent stuffed crust pizza full of 4 different meats with mozzarella and cheddar cheese balanced against a spicy pink sauce that keeps it lively if you have the patience for it to bake! And it’s available for delivery. 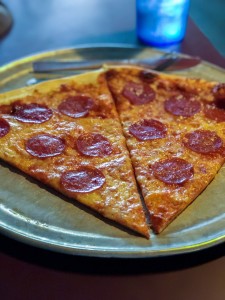 It was a coin flip this year between Vinos and Iriana’s, I’ll be honest.  Both of these venerable pizza places serve up New York style pies with a crust just thick enough to fold in half but thin enough to eat in one hand. Vino’s also has one of the most convenient cheap lunches for me because two huge slices comes in under $5 just blocks away from work.  Vinos is an institution and it has a heap of history in the walls of one of the first brewpubs in the State, a music venue with all the weight of the early 90s punk and alternative scene, and a longtime pizzeria. Get a slice, and honestly, you can’t go wrong but a classic Pepperoni will treat you right. 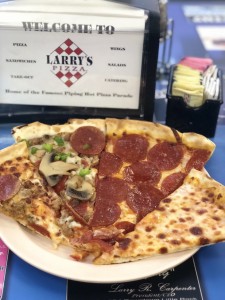 Local chain Larry’s provides lunch and dinner all you can eat Pizza buffets with wait staff bringing around pizzas through your time there to sate your potentially overindulgent self.  I have a real weakness for their pepperoni pizza. The crust isn’t special; Larry’s isn’t about everything from scratch. What stands out for me on the pepperoni is the nostalgic and rather gluttonous heap of pepperoni with the shiny red oil reflecting back at you.  These things just hit the mark for me, and I periodically crave pepperoni pizza from Larry’s. It’s the place to go to get Loaded Baked Potato pizza slices alongside Bavarian Cream dessert slices and you owe yourself at least one trip. 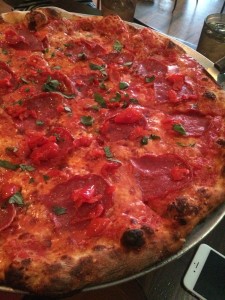 Anthony serves up what is arguably the best pizza in the state.  It’s just far enough outside of “Central Arkansas” that I won’t make everyone else compete with him, but he deserves the mention.  The one I crave the most? A simple hand made margarita pizza with real mozzarella di buffala. He has a deft touch and this is just one example of the fantastic food going on in Hot Springs right now. I’ll wax poetic about Delucca’s in it’w own post sometime.

That’s my list of my favorite pizzas in central Arkansas right now! If only I could get somebody in town to make a white pie like my Popop loved, then it would really be heaven. What are your current favorites?  Drop a comment here, or any other social media and let me know!