After looking at the basic pantry items in Pantry Basics 101, 102, and 103, I thought we could turn our attention to basic kitchen tools.  If you are going to keep the pantry stocked and do some cooking around the house, this series will look at the basic hardware you will need. Check out Kitchen Basics 101 here. 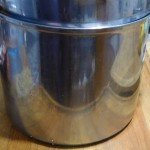 You need at least one pot because at some point you will want to make stock, soup, or long pasta and the cast-iron skillet just won’t do. A pot, by the way, is a cooking vessel that is taller than it is wide.  This pot is used frequently to cook pasta (and drain it with its own insert), make stocks, or large batches of rice or potatoes.  I like the extra weight on the bottom of this pot as well as the size which is great for when I am making large amounts of food, but not so large as to be unmanageable. I would recommend that you always get a pot one size larger than you think you need. 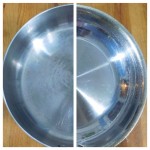 While that cast-iron skillet is fantastic, sometimes you want to actually have bits and pieces stick to your cooking vessel so you can make a sauce from that fond left behind.  Some people are not comfortable making things like tomato sauce in their cast-iron skillets. To answer these problems, and double your cooking space, make sure you have a pan to meet these needs. A skillet has sloped sides, while the saucier has straight sides but as a basic start either will suit you well.  If you remember all the admonitions to cook your pasta sauce and toss the pasta with it while still cooking, this is the vessel for that.

Sometimes, those tongs in Kitchen Basics 101 won’t do.  For example, flipping a piece of fish is a bit more delicate an operation than those tongs will manage.  Similarly, something like a hamburger won’t be treated well with the tongs and a spatula works much better.  I like to use these spatulas because they won’t scratch the really nice pans you just saw and they seem to be easier on the food itself. Look for one that has a thin lip, which makes it easier to slide under the food and preferably one that has these cut-outs so that it is gentler on things like fish, while not having to shell out for a specialty fish spatula. 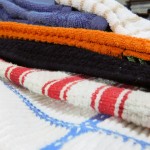 Lots of kitchen towels make your life easier.  These will serve as ways to clean up your kitchen, replace oven mitts for grabbing hot pots and pans, and act as trivets to protect your counters from those same pots and pans fresh from the heat.  A damp kitchen towel is used to cover dough while it rises while a barely damp kitchen towel under your cutting board will keep it from sliding around. I don’t have decorative kitchen towels because I constantly use them.  They get burned, stained, and used up. 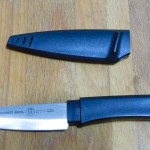 A paring knife is made for precise and delicate work. This blade is 3” long, compared to the main knife I use which is nearly three times that length.  You can use a paring knife to peel, or pare, fruits and vegetables as well as make small incisions in larger pieces of vegetables or meat.

Do you have all 5 of these items in your kitchen right now? We have more Kitchen Basics coming down the pipe, so is there something you think we missed you hope is making a future appearance?