One common way we prepare fish for the Secondi in the Feast of the Seven Fishes is al cartocchio. I write about a similar recipe on Southern Ash using the more common French term en papillotte . This is where the cod comes into play, and had we spent several days soaking and draining baccala, it would have a home in the secondi. Two different preparations have been done over the years with our current pesce con cartocchio (Fish steamed in a pouch) and the former fish broiled in the adriatic way. If you have been paying attention, you may have noticed that the amount of food on the table is slowly reducing. While this is a large and long dinner, it is never intended to overwhelm so the secondi is a smaller portion than you my be used to but it comes after a round of three pastas and a dozen antipasti.

We’ve covered this dish before on Southern Ash. For Christmas Eve, the first thing is to remember that we use cod specifically because of the association salt cod has with the holiday, though we don’t want to do the days of soaking and draining required for salt cod. We also use some different components of the pouch because it is a special occasion. Specifically, the use of fennel fronds adds a lot of flavor and a blood orange slice in the packet as part of the citrus just makes the entire dish even prettier. With the contorni here, you also shouldn’t need to include any veggies in the packet. Go to the previous link and replace one lemon slice with a blood orange slice and the parsley with fennel fronds. 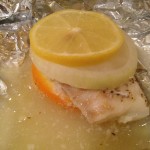 Fish broiled in the Adriatic way

Before our Christmas Eve grew, we would present the secondi of fish broiled in the Adriatic way, a reference to the Adriatic Sea that borders Puglia and the traditions of that region. If you have not guessed by now, the DiPippa family name comes from Puglia. This is delicious, but it can be a tough dish to do for 20 people in a home kitchen. 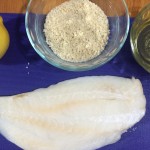 Not cod, but you get the idea 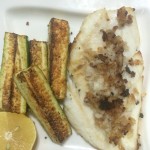 The contorni are the side dishes that are served with the secondi which are mostly vegetables in different preparations. Sometimes we will cheat and put these out with the primo course, but in the traditional meal structure, these are served alongside the secondi.

This is a simple dish, as many of these dishes are, meaning that it can be prepared quickly and with little effort while the rest of the meal is being made. Zucchini are cut into spears, tossed with a little olive oil, salt, and pepper, and then sprinkled with freshly grated parmigiana regiano before getting a few minutes under the broiler.

As another option for your contorni, you can glaze carrots with Marsala wine. Marsala wine is a Sicilian wine that is usually sweetened and fortified wine for export. For this dish, you certainly want a sweeter version because we are after the sugars. If you read our French Week, this recipe is pretty much the same as the glazed root vegetables, but we are replacing butter and sugar with olive oil and Marsala wine. 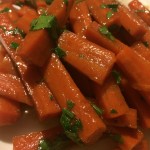 Last time, we looked at a red option or two for the meal, so we will turn our attention here to the white wines available. It is possible you could have prosecco left from the antipasti period, and you could use that here for a nice addition. Another white wine grape often used in Southern Italy is malvasia but most of the white wines from Puglia you will find are “table wine” blends: 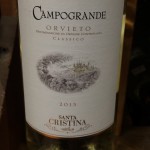 Similarly to our discussion in the Primo post, when you can’t find the regional wines, look again to Spain and for grapes like Albarino: 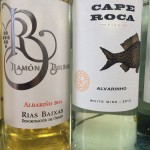 Before we move on to dessert , after the secondi, a bit of a palate cleanse in needed so the cheese and salad course fits in here.

We combine the salad and cheese course with a Caprese salad, while tomatoes may be out of season here, the additional iconography of an Italian Flag, with the red, white, and green, makes up for that. Remember, this dinner was as much about marking our heritage in the absence of a large Italian-American community, as anything else. This is a simple combination of good ingredients that is recognizable to nearly anyone.

Another option for the Insalata comes from Sicily and is a refreshing and palate cleansing salad:

Remember the fennel fronds we used in the pesce con cartocchio? This is probably where they came from! We will use the raw fennel and citrus with this Sicilian inspired salad to help ease things out of the meal. 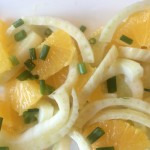 The Feast of the Seven Fishes