“You need three ingredients for a cocktail. Vodka and Mountain Dew is an emergency.”

Highball – n. 1. a long iced drink consisting of a spirit base with water, soda water, etc

The longest running online monthly cocktail party, Mixology Monday, is starting 2014 here at Southern Ash.  We have run the gamut of Repeal Day in the U.S., holiday parties, and New Years Eve bashes to emerge weary and bleary-eyed into January.  For this month’s theme, I thought we could strip away 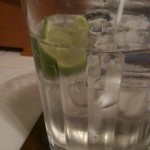 the complexities of cocktails and relax with a nice highball.

As Ms. Olson so eloquently put it, most cocktails are at least three ingredients with the highball relegated to emergency or last resort status but in those highballs we will seek refuge. The end of the day is sometimes better served by a simple liquor plus mixer combination than an artfully measured Corpse Reviver No. 2 This month, tell us what you’ll do with a liquor and a mixer (with maybe a wee bit of garnish) to ease into the new year.

Briefly, here’s how to participate:

What is your favorite gin and tonic combination in the middle of summer?  Care to expound on the perfect bourbon for a bourbon and branch?  Find a new or obscure mixer that just fit with the end of your rum in the back of the bar? Maybe an ode to an under appreciated bar workhorse, like whisky and cola, deserves time in the spotlight?  Rediscover the joys of Irish Coffee in the snow and ice of winter?  Maybe you have a guilty pleasure at home when nobody is looking to ease you out of a long day. Your challenge is to give us a compelling post about a highball to ease into the New Year. Let’s give the Highball its due. 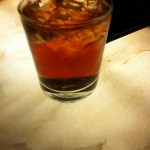 Thanks to Paul Clark of the Cocktail Chronicles as host emeritus and a round of applause to Fred Yarm at Cocktail Slut for carrying the MxMO torch onward! .