Pairing: I enjoyed a Four Roses bourbon on the rocks.

Construction:  The cigar itself had a pretty look to it. It was a light brown, caramel colored, Connecticut shade wrapper. It had a super smooth, satin feel that had just a little give when I gave it a squeeze but it was not overly squishy. It definitely feels lighter than it looks when you hold it; it didn’t feel very dense which concerned me a bit because that can lead to an overly mild/bland cigar, but on this cigar I was pleasantly surprised by the flavors. When I smelled the cigar before I lit it there was a floral aroma which was a bit of a foreshadowing. It had a triple cap.

Draw:  The draw on the cigar throughout the smoke was a good thick milkshake but not too thick where I had to labor anytime on the draw. Closer to the second-third it loosened up a bit and actually seemed a little too loose, but not where it lessened the experience or flavors. There was a also pretty good smoke output coming off the cigar and on the draws.

Burn:  The burn was pretty much razor sharp throughout although I was smoking it on a very windy day which caused it to get a little wonky a couple times, but it consistently corrected itself. It started to flower a bit in the final-third (which you can see in some of the later pictures) which is of no concern. The ash was very consistent and was able to be tapped off at 1 – 1 1/2 inch clumps. The ash was a very pretty light grey, almost white – very impressive looking. 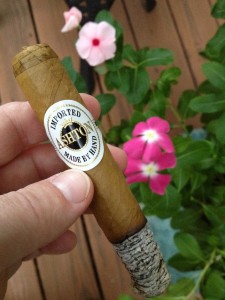 I’m dividing the flavor portion of the review into thirds which is how I review most non-mild bodied cigars because mild cigars can tend to hover around one primary flavor-note. But this cigar progressed through distinct flavor changes quite nicely which pleasantly surprised me.

Initial: At the light it had a very sweet taste similar to dulce de leche, which was quickly followed by a bit of spice on the tip of my tongue and had a sweet finish that I could taste on my lips. Things are off to a good start. 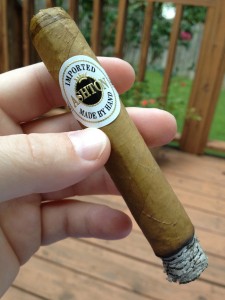 1/3: As I progressed through the first-third the primary flavors were floral which I could smell on the cigar before lighting it, and the spice was still there but it was starting to taper off a bit. The finish remained sweet and had a bit more of a caramel taste to it. It was having more flavor than I expected. 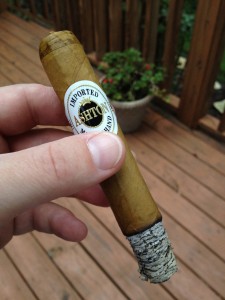 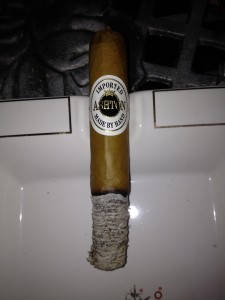 2/3: As I entered the second-third the tastes became the most complex I have ever had on a mild cigar. The primary notes were nutty, and then earth on the finish but there were also hints of floral lingering and it was still sweet on the lips. 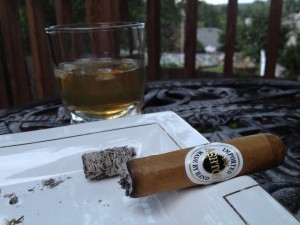 3/3: The final third had the earth die down a bit but remained near the back of the throat, while the primary flavor were floral notes. I couldn’t pinpoint exactly what flower it reminded me of and I think it was because it seemed like a combination of several flowers. 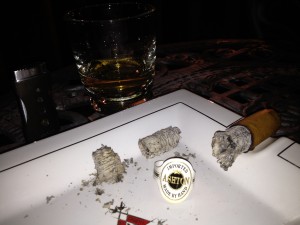 Overall: I would definitely recommend this cigar as a quality stick. It was a mild to medium bodied cigar but was primarily closer to the mild side and had no strength. It had very good distinct flavor changes and was probably the most complex mild cigar I’ve ever had. I was pleasantly surprised by all the flavor changes and how it progressively and smoothly shifted through those changes without seeming abrupt – it was a smooth evolution and seemed fitting that it started out floral and ended with floral as the primary flavor with some spice. The only thing to be aware of is to carefully choose what drink you want to pair it with because it will be susceptible to taking on the flavors of the drink since it has a lighter body. It was a great cigar and I need to be sure to have some more of these on hand. 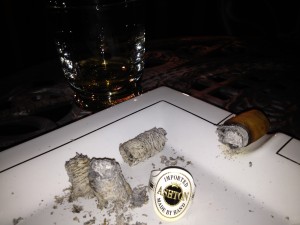