We talk a lot about eating in and cooking in these parts (okay, I do a lot of that talking), but local establishments are the crown jewel of the social fabric of a city. It is time, once again, for Savor the City – Little Rock Restaurant Month! 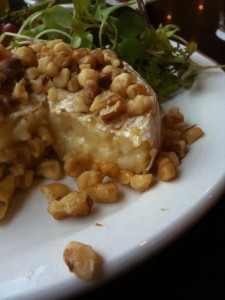 While there have been criticisms in other parts of the country about restaurant weeks that morphed into months and what is going on with them, I have not heard the complaints here.  This is a great chance to try a place you have not tried before or to revisit an old favorite.

The list of participating restaurants is here.  Also, the Arkansas Times does a great job promoting this.  Every week, the ArkTimes should have a list of what specials are going and where. 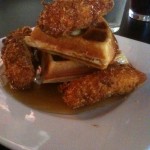 This dovetails with a just announced Clinton School of Public Service speaker on Thursday August 2, 2012 at 6:00pm.  Lee Richardson, former chef at the Capital Hotel, is giving a talk about local food culture.  I think it will be fascinating.  This is a topic I think about often.  What is “American Food Culture?”  It is easy to talk about eating the Italian way, or the North African way, or the Chinese way, but America seems to have some trouble defining or identifying food culture from my perspective.This is new enough, that the website doesn’t even have a link to it, but if you are interested in attending, email PublicPrograms@clintonschool.uasys.edu. 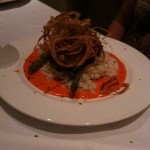 At the same time, Sync has done two stories recently about the power of chain restaurants in Central Arkansas.  Part 1.  Part 2.  Why does Central Arkansas seem to desire more and more chains while often overlooking smaller offerings?  Sure, we have long-time nostalgic favorites, but it seems to be a rarity for a nonchain business without some tie to a historic or nostalgia establishment to succeed. These are great questions to ask, and dovetail not only with Richardson’s event but also the upcoming restaurant month populated mostly by local restaurants.

There are some truths that a special price on something like a prix fixe dinner is going to have smaller portions or may be subbed out for something, but I think this is a great incentive to try something new.  If you make it out to enjoy restaurant month, come back and leave a comment about where you went & what you had! 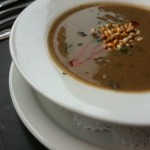