I’ve been a fan of these smokes for quite some time. The Corojo grown in the Jamestran valley is one of the most unique flavor I’ve ever experienced from a cigar. I always keep a few aging in my humidor.

Right off the shelf, the Connecticut may be a little bland, but given 6 months in your humi, you’ll be certain to keep a few of these on hand to age a bit. This cigar ages incredibly well. 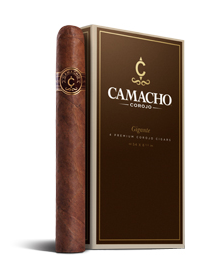 The Camacho Corojo, released in 200, is the highest rated product in the Camacho portfolio and has been in Cigar Aficionado’s “Top 25″ both in 2010 and 2011. Comprised of 100% Authentic Corojo tobaccos, the Corojo is Camacho’s crown jewel and has been a staple among full-body cigar lovers for more than a decade. 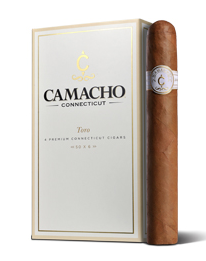 Since it’s introduction in 2009, Camacho Connecticut has become one of the most attractive lines for the brand. Adorned in a silky and luxurious Ecuadorian Connecticut wrapper, this mild mannered offering was built with the milder smoker in mind, while maintaining the signature body that Camacho is known for.